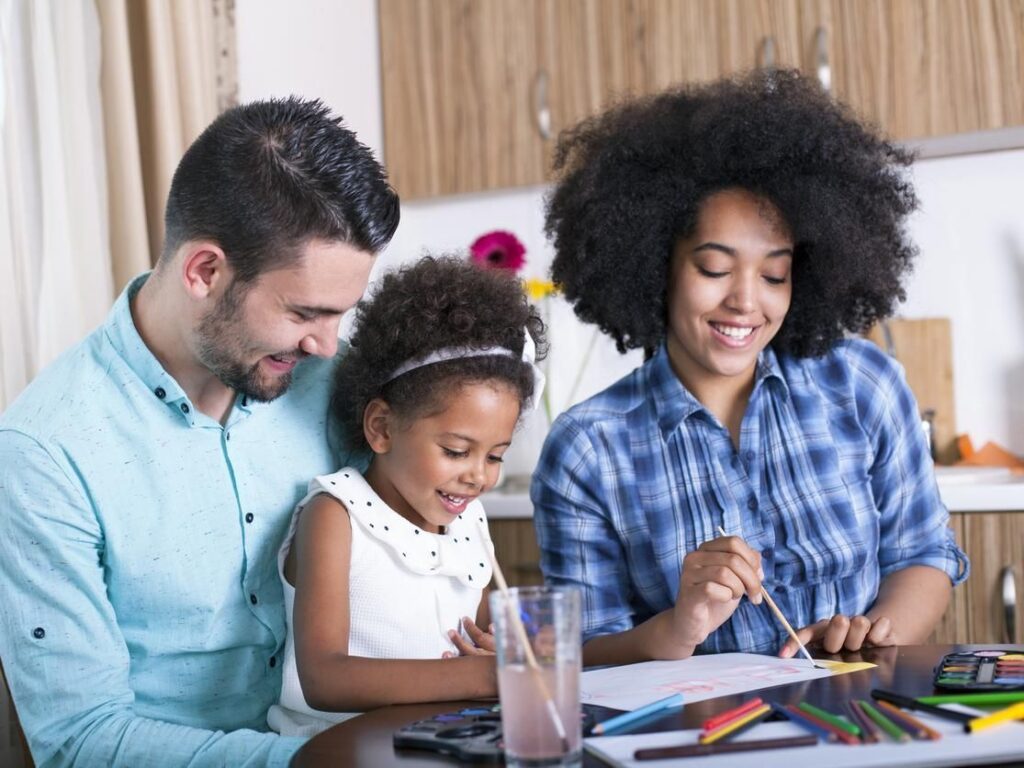 There are many benefits to bilingualism. A language is a system of signs allowing understanding and communication within a human group. It is estimated that there are about 7,000 languages spoken in the world, including all the official language(s) of states, regional languages and dialects that are part of the culture of the entire nation or only of a group within it.

In France, for example, the official language is French, but many regional languages are spoken within the territory, such as Breton and Creole overseas. Beyond the regional languages, the immigrant population brings a completely different dimension to the linguistic mosaic that exists in Europe.

All the benefits of bilingualism

Bilingualism is defined as the ability to communicate in at least two languages, either in an active form, through oral and written expression, or passively, through oral and written comprehension.
In today’s society, speaking a second language, especially English, has become indispensable due to the growing international exchanges in several fields: business, science, music, sports, tourism, etc. Bilingualism is thus an essential asset to enable communication with people from other countries but these benefits go beyond communication as you will see later.

The majority of people in the world are bilingual

According to estimates, close to ⅔ of the world’s population would be bilingual, so speaking only one language means being part of a minority! In some countries such as Switzerland, Belgium or Canada there is not only 1 official language but 2, 3 or even 4 and from childhood, in the family or at school, children learn these different languages. In South Africa, for example, there are 11 official languages and India has more than 1000 spoken languages, 22 of which are officially recognised by the state! More generally, of the 196 countries in the world, 54 are officially bilingual.

Despite the importance of bilingualism today, learning a foreign language in countries that are not officially bilingual such as France, the United States or Brazil is still very difficult for many people. The way in which modern languages are taught in schools is not necessarily the most suitable for many students and, as a result, they lose interest or even develop a real aversion to learning a foreign language.

If you want your child to become part of the majority and be prepared for the multilingual future of the next generations, we have the solution for you: initiation to a foreign language with one of the Marypop babysitters! In a playful and natural way, your child will be introduced to a language of your choice by a trusted native babysitter! It’s a great gift to stimulate bilingualism from childhood, your children will thank you later 😉

The benefits of bilingualism in childhood

According to numerous studies in neuropsychology, bilingualism has been recognized as having various benefits for children! Here are a few of them.

According to neuropsychologists, mastering two languages helps to strengthen the capacities of the cognitive system that is responsible for our sensors, i.e. our sense organs. A bilingual brain is thus more efficient for the processes that involve information selection, concentration, adaptive capacity
Bilingualism would also increase a young child’s mental flexibility and ability to manage several tasks at once.

Bilingualism acquired from childhood helps to preserve the youthfulness of the brain. This would be due to the constant mental gymnastics involved in changing languages and consecutive translation, which consists of translating a statement into one’s mother tongue, formulating a response and answering it in the language requested. Stimulating our brain and keeping it active is essential to delay aging and to prevent neurodegenerative diseases such as Alzheimer’s, cognitive deterioration or dementia. The onset of memory disorders such as Alzheimer’s in people who speak at least two languages is on average five years later than normal.

Bilingual children also enjoy enormous social advantages over monolingual children: cultural, communication and personal. Bilinguals are more comfortable in a multicultural environment and are more tolerant and open to people, cultures and languages. A language represents one or more cultures, which develops an open-mindedness in bilingual people that is very important in our globalized world.

…Facilitates the learning of a new language

Several studies show that bilingualism makes it easier to learn a third language. This could be due to the fact that bilingual people have more linguistic resources and are more open to learning new languages.
Nevertheless, bilingualism had some disadvantages such as early bilingualism. A few years ago, early bilingualism was spoken of as a major handicap for the child in his or her intellectual development, difficulty in learning and developing vocabulary and the ability to conjugate. It is now recognized that the simultaneous learning of two languages at an early age is an asset for intellectual abilities, regardless of the two languages acquired.

For most linguists, it is through emotion and pleasure that children acquire a language, whether it is their mother tongue or not. Up to the age of 7, the simple contact, which is mainly through listening, allows children to easily develop a language without much effort and therefore childhood is the best time to learn a foreign language.

If you are still not convinced of the benefits of bilingualism from childhood, here is a report from the program “Les pouvoirs du corps humain” on France 2.
The report presents a 4-year-old Russian girl who speaks 8 languages fluently: Russian, French, English, Italian, Spanish, German, Arabic and Chinese! Even before learning to read and write, thanks to activities such as a cooking workshop or singing lessons in foreign languages with speakers from all over the world, she became polyglot. You will also find the testimony of a mixed family who therefore speaks 3 languages fluently at home!

Speaking several languages has therefore been proven to be a real asset for the brain. Now is the time to choose the language your child will learn!

The 5 most spoken languages in the world in 2020

What is your child’s mother tongue? French? English? Spanish ? We have here a list of the 5 most spoken languages in the world (in number of speakers) to help you choose the language that will speak your child.

Benefits of bilingualism in English

It is estimated that more than 1 billion and 300 million people speak English in the world today. English as a mother tongue is the third most widely spoken language in the world, with nearly 400 million people, and it is one of the official languages in some 50 countries. However, English is the second language learned by most people in all continents as it is the language of business, tourism and international relations. English is therefore the international language par excellence!

Are you looking for an English-speaking babysitter to introduce your children to the language of Shakespeare? It’s this way!

Benefits of bilingualism in Chinese

It is estimated that there are nearly 1.2 billion native speakers, representing nearly 14% of the world’s population. Mandarin is spoken especially in China, Taiwan, Singapore, Malaysia, but also in Brunei, Cambodia and Indonesia. Chinese is a language itself composed of thirteen languages and dialects based on the same script. In recent years, China has become a trading partner for dozens of countries and is a country of great global influence today through its economic, political and demographic strength!

Would you like your child to speak the language of the world’s leading economic power? Here you will find our babysitters who speak Chinese!

Benefits of bilingualism in Spanish

Thanks to its former colonies, Spain has imposed its language in the world, and today about 300 million people are Spanish speakers. Spoken in Europe, Latin America and even Africa (in Equatorial Guinea), Spanish is the official language in 21 countries: from the Caribbean to Argentina! Spanish is the second most spoken language in the United States: California, New Mexico and Texas must publish official documents in English and Spanish because a large part of the population is of Spanish-speaking origin.

Want your child to learn Spanish? Our Spanish speaking babysitters are here!

Benefits of bilingualism in French

French is the 5th most spoken language in the world, used on the 5 continents especially in Europe, France, Belgium, Switzerland, Canada and Africa in the former French colonies. About 300 million people speak French today, more than half of which are in Africa. Nevertheless, French remains a very important language for the world of business and international relations: it is considered the third most powerful language in the world after English and Mandarin because “French is associated with very powerful countries thanks to their culture and their GDP”.

In 2 clicks you will find trusted French-speaking baby-sitters in several European countries!

Benefits of bilingualism in Arabic

Arabic is one of the most widely spoken languages in the world, spoken by nearly 250 million native speakers. Nevertheless, Arabic is a very heterogeneous language. This means that the term “Arabic language” includes multiple dialects that are very different from each other. It is the official language in 25 countries in Africa, the Middle East and Asia such as Saudi Arabia, United Arab Emirates, Morocco, Qatar, Algeria among many others…

Are you looking for a trusted baby-sitter who speaks Arabic for your child? You will find some here!

So many other languages are spoken by many speakers around the world such as Hindi in India, spoken by the majority of the population of this world power, it is the mother tongue of nearly 1 billion people.

Portuguese is the official language in Portugal, Brazil, Angola, other African countries and in some cities in Asia, with about 250 million speakers in 4 continents.
Do you want your child to speak Portuguese? Our Brazilian and Portuguese babysitters are here!

Would you like your children to speak another language that we haven’t mentioned above such as Dutch? German? Italian? Korean? Polish? No problem! On Marypop you will find more than 30 languages spoken by natives! 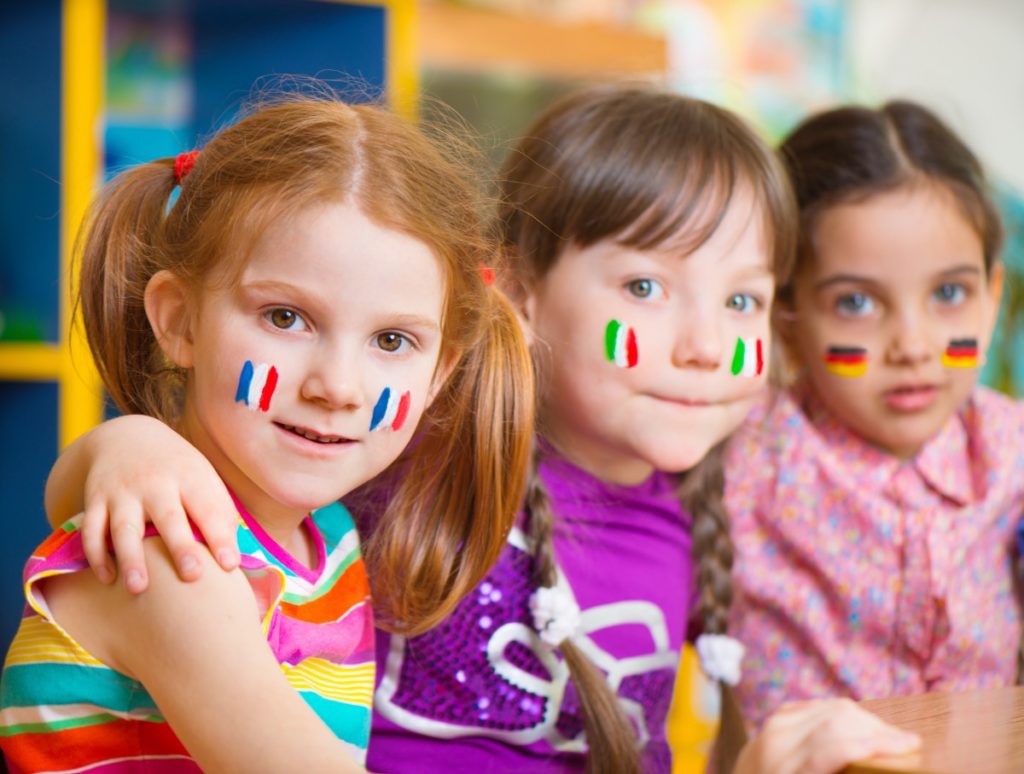 Thanks to Marypop you can initiate your children to learn a foreign language in a simple, natural and fun way without you having to go anywhere! Our trusted baby-sitters can take care of your children while introducing them to a language of your choice! Click here to find the perfect babysitter for your children!

If you want to introduce your child to a foreign language, we are here for you!

I want a bilingual baby-sitter for my children